I haven’t seen too many links, yet, between trump’s nasty, racist mouth when talking about people of color and the 19-year-old racist shooter in Gilroy.  (The shooter was white so the media doesn’t want to “rush to judgement.”)

But the link is undeniable…

Speaking of links, here’s some good news for America: Boris Johnson!  No, really.  Look, Boris is…well, not to put too fine a point on it but Boris seems to be as big an idiot as Donnie Dumbass.  When he says he’s going to go forward with a no-deal Brexit, he means it – and he’s just dumb enough to actually do it, too.

People outside the conservative bubble know that a no-deal Brexit will cause serious damage to the economy of the UK, no matter HOW many time Boris says otherwise.  The economic effects rippling out of the UK will do economic damage to Britain’s trading partners.

Donnie Dumbass has already started slowing the America economy with his taxes on the middle class he calls tariffs.  Once Boris’s damage is done and added to the mix, there’s a very strong possibility that the economic downturn will become so severe even the Trumpsters notice.  Granted, they’ll just blame Hillary but the one factor that seems to effect “elections” in America more than any other is an economic downturn on one’s watch.

I’ll tell you this: I’m sorry about the implications of what the no-deal Brexit means to England but if Boris’s rise is linked directly to Donnie’s fall, I’ll call it a silver lining… 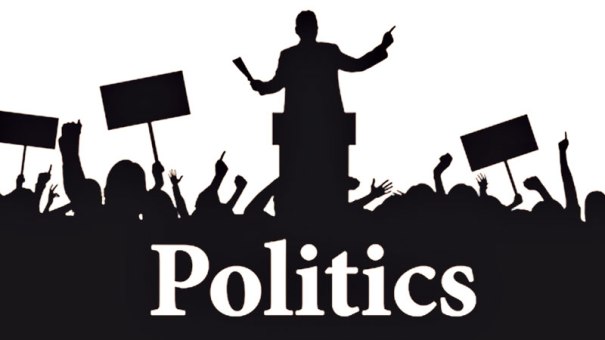 I recently got into an…unexpected debate with one of my Facebook friends.  I had thought he was a progressive.  Then he starts advocating for communism – publicly!  I want to be clear, he’s advocating for full-on Marxist/Leninist Communism.  He even posts quotes from Eugene Debs and the Communist Manifesto.

I asked him for an example of a successful model of communism.  Of course, he can’t provide such a thing.  No such example exists because communism doesn’t work as an economic system.  (He dismisses this reality by declaring that I’m judging communism by a “western standard.”  He does NOT specify what, exactly, a “western standard” IS nor does he point to any other standard which might, more properly, be used.)

It irritated me more than my conservative brethren arguing in favor of the anti-American “free market” capitalism.  After all, the conservative rank-and-file have been knowingly and intentionally deceived by a few self-important blowhards who hate America and have spent hundreds of millions of dollars trying to destroy her.  It’s hardly a surprise they succeeded in deceiving so many.  But this guy presents as a progressive.

I admit, I was flummoxed for awhile.  Why would a progressive advocate for the very thing the conservatives always charge whenever someone mentions Democratic Socialism? Then I realized, they wouldn’t.  Progressives are smarter than that and I haven’t noticed any massive disinformation campaigns coming from the left in support of Communism so we can safely say they’re not nearly as deceived (MSNBC notwithstanding.)

But a conservative might do exactly that.  Promoting communism bolsters the conservative position.  It’s a clever ploy, advocating for communism in an effort to undermine progressive positions and return Trump to the Oval Office…

Speak of the Devil, Donnie Dumbass seems to want everyone to look somewhere – anywhere else.  Now he’s blaming Obama for the White House air conditioning.  How’s THAT for a distraction?

To me, Trump’s shtick is wearing thin.  Even his shocks aren’t shocking anymore.  Frankly, I expect Trump to do the stupidest thing possible – loudly and proudly!  I expect him to try to deflect blame and duck personal responsibility.  I expect him to lie.  I expect dishonesty and dissembling.  In short, at ALL times, I expect the very worst from Trump.  He has yet to let me down.  Still, there is one disappointment: frankly, I expected…more…from the Anti-Christ.

Depictions of the Anti-Christ usually portray this competent, smart, totally in control being.  Instead, we got this petty, undeveloped caricature of a human being; nowhere near “competent,” not even in the same state as “smart.”  A weaselly little no-nothing, privileged elite whose only interest is himself.

What, you think “Anti-Christ” is too strong?  Look at the seven deadly sins: Lust, gluttony, greed, sloth, wrath, envy, and pride.  Which of those does NOT apply to Trump?  Add in that he’s doing what he can to destroy our civilization and our species.  Add to THAT the fact that the right-wing Christian community just fucking LOVES him.

Yesterday was the 50th anniversary of man’s first steps on the moon.  There were countless repetitions of the landing and descriptions of the risks and rewards.  It should have been inspiring.  Instead,  I found that the thing I was mostly feeling was sad.  I realized as the story of the great accomplishment was told and repeated on the television that it also marks the LAST great accomplishment of the United States of America.  50 years, nothing since.

What, the internet?  Sure, it COULD have been great.  Instead it has been co-opted by moneyed interests and is currently being used to disseminate propaganda in an intentional effort to destroy western civilization so…I think the jury is still out on that one.  I could be wrong but as it stands right now, the “contributions” of the internet are debatable, at best.  What else?  Nothing, right?

Land on the moon, devolve into mediocrity…then worse.

I was alive when the landing happened.  Young but alive.  I suspect mine is the last generation that was able to know the United States as a truly great nation – a nation that walked on the moon.  Today, Americans have to hitch rides from the Russians to get to the International Space Station and we’re not sure vaccinations are a good idea.

I happened to catch a segment on Armstrong and Aldrin walking on the moon.  A commercial break cut to Donald Trump, our brainless “leader,” defending his written comment telling American Congresswomen, three of whom were born in the United States, to “go back” to their own countries.  (I know he didn’t mean to but he DID describe his maladministration as a “total catastrophe, the worst, most corrupt and inept anywhere in the world” – so at least he got THAT right.)  The cut from the Moon to the moron man-baby was startling but it seemed the perfect metaphor.

The America I knew as a child was Neil Armstrong walking on the moon.  America today is the narcissist Donald Trump at one of his “Little Nuremberg” rallies, pumping his lickspittle base into a frenzy of hatred with mendacity and racism.  50 years.  The vision of JFK’s Camelot to…Trumpery…

There’s conventional wisdom that suggests I should try to hold on to what remains today and not mourn that which has been lost.  It was just so hard watching Armstrong and Aldrin and knowing what could have – SHOULD have been…

Oh. My. GOD!  During Trump’s July fourth speech, he praised the colonial army for taking the British airports.  People began rightly pointing out that the British hadn’t yet built any airports in the colonies as air travel was still over 100 years into the future.  So, Trump, oblivious as always, blamed his ‘airport’ gaffe on the teleprompter.  Set aside, for a moment, the fact that his acolytes used to condemn the use of teleprompters – at least when the black guy used them.  But now Trump claims three things about it.  One, it was hard to read because of the rain.  Two, it “went down” because of the rain.  And, three, he insists he “knew the speech very well” so he was able to do it without the teleprompter anyway.

But if he “knew the speech very well”, the speechwriter must have intentionally put the line about the airports into the speech.  Even his lies are clumsy and inept…

I’ll tell you this: the thing I might consider newsworthy would be if he ever says anything that isn’t stupid…

“…and at Fort McHenry, under the rockets’ red glare, it had nothing but victory.”  Donald J. Trump, July 4, 2019, describing the Colonial Army’s successes.

Oops, wrong war.  The Battle of Baltimore took place in 1814 during the War of 1812.  The Revolutionary War had been over by more than a week by then!

The man is an embarrassment to humanity…

Frankly, I think the assessment was all wrong.  The clowns in the Trump maladministration would have to improve by orders of magnitude in order to achieve “clumsy and inept…”

Some on the left have suggested that Trump might be a Russian agent working with Putin.  I’m sure that’s not true.  There’s NO WAY Putin would allow Trump to know he’s an asset for the Russians.  Trump is just too stupid to be able to keep such a confidence.