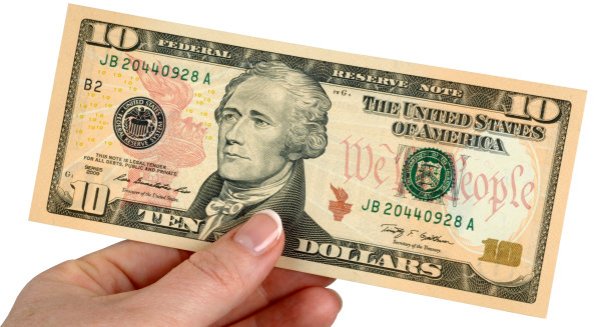 So, it came to my attention that a web page has been created for the ImPOTUS that, ostensibly, “teaches” conservatives how to win arguments with liberals.  It goes on to list one talking point after another, all of which are basic conservative catechism, none of which are too tied down by “facts” or “truth.”

My question: what makes Donnie Dumbass think he needs a special web page to teach the conservatives how to regurgitate what Fox “News” tells them?  They already KNOW all of this stuff.  If they’d come out of their hidey-holes, we could be “discussing” them.  (That means I could explain why the talking points are wrong and conservatives could ignore me and continue to repeat them anyway…)

So…here’s an idea I’ve had to beat your conservative uncle in these conversations: bet him.  Make him part with money  – say, $10 bucks – for each fact he fails to follow.  Now, this isn’t perfect.  There are some things that are too complex to settle quickly.  But when some conservative says, for example, there were no first person witnesses who testified at the House Impeachment hearings (as they’ve been conditioned to say),  there doesn’t have to be any shouting or energy.  A quick search of the web will prove them wrong – and it’s not debatable.  It’s a yes or no proposition.  Were there any first person witnesses?  Yes, three: Lt Col Vindman, Jennifer Williams, and Tim Morrison.  $10 bucks.  Were Republicans left out of the loop in the basement?  No, there are 17 Republicans on the intelligence committee and they were all allowed to be there AND asking questions.  $10 bucks.  See?  Easy!

Not perfect, though.  For example, they’re going to believe this is “Trump’s economy” no matter what and economics is too complex to settle in simple yes or no questions.  Showing them trend lines going back to 2014 won’t convince them.  But when you can boil a question down to a simple yes or no, you should – then take Uncle Conservative’s money…

I’ve noticed the conservative community that normally engages in social media is keeping their collective heads down.  I’ve also noticed that Senate Republicans are playing the whole Impeachment thing down.  “Hey, if they send the Articles, great.  If not, that’s great, too…”  But the ImPOTUS is NOT playing it cool.  I guess he didn’t get the “pretend we don’t care” memo.  He just keeps tweeting and tweeting.  It makes him look as though the pressure is getting to him…

It’s weird, though.  His tweets claim he’s innocent.  If he’s so innocent, he could put the whole thing to bed, not by tweeting but by testifying – or at least letting his minions testify.  Instead, he keeps himself in a pressure cooker of his own making.  I wonder why a guy who could so easily prove his innocence refuses to do so?

Truth?  I’m not sure why I keep hearing that the impeachment process will energize Trump’s base.  Trump’s base doesn’t NEED “energizing.”  They’re going to come out in force no matter what.  They’ve worked very hard over the course of his maladministration to ignore everything they once held dear so they can continue to support this…human-type being.  The base isn’t going to change.  Likewise, Trump’s liberal opposition isn’t likely to jump to Trump – for any reason.  So it’s just the middle that remains in play.  But here’s the thing; in order to BE in the middle, you have to accept facts – even if they’re contrary to your preferences.  (It’s really the correct attitude…)

You might think the impeachment was a bit over the line.  Are you REALLY going to go out and vote Trump because of it?  If you accept facts, do you REALLY ignore all of the damage Trump has done to make some statement?  I don’t think so.  I don’t think one CAN energize Trump’s base any more than they already are and I don’t think anybody who’s not ALREADY on board with Trump will shift for – well, any reason, really.

Ultimately, I don’t think the impeachment will make any difference in the upcoming “election.”  We already know the outcome of the trial since the Senate has already announced the outcome – always a sign of a nice, fair, honest event, yes?

Here’s my question: the Constitution says the President (or in this case, Trump) has the power to pardon except in cases of impeachment.  Donnie stands impeached but the corrupt Republicans in the Senate are going to nullify the action.  Can Trump then pardon those who participated in his crimes or is his pardon ability in this case still revoked regarding this matter?  Rudy Giuliani really needs to know…

So, this is the last post of 2019 (probably) and I’d like to thank my loyal reader for hanging in there with me.  It’s been an…interesting year.  2020 looks like it’s going to be even weirder.  So…Merry Christmas, Happy Holidays, and the Happiest of New Year’s from MyBaconPress.  Here’s hoping the new year brings glad tidings to you and yours…

One thought on “Winning…”