I’m a proponent of Euthanasia. Death with dignity, assisted suicide – whatever you prefer to call it, I’m for it. I even take the possibly extreme view that it shouldn’t be reserved ONLY to people with terminal illnesses. As far as I’m concerned, if you want to go, it should be your right to go. (This is an option thing. If one DOESN’T want to go, they shouldn’t be forced to…)

What’s more, I’m fully aware that people risk their health and safety all over the world, all day, every day. Sometimes because they have no choice – we all have to get to work and the roads are dangerous. Sometimes because of a choice taken – nobody forced you to climb El Capitan. People throw caution to the wind every day and nobody tries to stop them. Have at it. Bungee jump or sky-dive out of a perfectly good airplane for “fun”. Try to set a land speed record. Jump the fountains at Caesar’s Palace. Whatever. Hell, we’ll even watch…

I only mention it because the anti-mask crowd keeps crowing about how someone is trying to infringe on their rights by forcing them to wear a mask to protect themselves. “My body, my choice!” they shout, having lifted the slogan from the pro-choice crowd. Sure, they acknowledge, they might get sick but then they’ll get better. Nobody dies from Covid. Every doctor always lies. In short, their focus is on how Covid affects them. To my mind my mind, they’re looking at it all wrong… 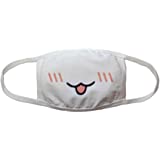 Think of it this way: there’s a guy walking down the street. No, not the street – YOUR street. He’s got an AK-47 slung over a shoulder and he’s wearing a knit cap of some kind. (Yes, he’s wearing other clothes, too. This isn’t that kind of story…) He takes five steps along the road. Then he stops and pulls the knit cap down, making a blindfold. He takes the AK from his shoulder and twirls around three times. He levels the weapon and squeezes off a three round burst. Then he raises his cap, slings the rifle back over his shoulder, regains his bearing, and takes five more steps down the road, where he repeats the ritual. Two of his bullets shatter your front window.

As he’s putting the rifle back on his shoulder, the police arrive. Apparently, some democrap libtard called the police just because the guy is randomly spraying bullets around the neighborhood. Fortunately, as an anti-masker, you have a unique understanding of the law and its applications and you’re not aBOUT to let anybody infringe on this guy’s Second Amendment rights.

So…you step in to help the shooter against the cops. (Verbally, it’s not THAT kind of story, either!) You ask why the cops are trying to interfere with the guy owning a gun. You remind them the shooter has rights. The cops, obviously in thrall to imposing their will on people, seem overly focused on the danger he represents to the neighborhood.
“He’s shot seven people,” a cop explains.
“Seven people?” you demand. “Is that all? Do you know how many people live in this neighborhood? Hundreds. Seven people is just a tiny fraction, like .02 percent!”
“Two are dead, three are likely to die. One’s a kid,” the cop says, clearly irritated and displaying a bad attitude.
“They didn’t die from bullets!” you insist as though you know. “They had pre-existing conditions.”
But the cops won’t listen so you pull out the big guns, the “Final Argument” argument. “The danger is overstated,” you insist. ” Mostly, he hasn’t shot anybody. Of the people he HAS shot, most will recover.”
“What if his next burst hits you?” the cop asks.
“Oh, I’ll survive for sure and without question,” you assert having never been shot. “It’s only old folks who die, anyway, and we all know their value is behind them. But what you’re doing is a slow drip. You’re threatening his rights.”
“What about other people’s right NOT to get shot?” the cop asks.

Is there an answer? What ABOUT people’s right NOT to get shot by your droplets? Because, for clarity anti-maskers, in the above scenario, YOU are the shooter. Wearing a mask isn’t about YOU. It’s about everybody who’s NOT you that you come into contact with. I’ll say it again; this is America. People don’t give a flying fig about what you do to yourself. (Go ahead, have another cigarette.) But they DO care what you do to them. (Just don’t blow it into MY face…)

So…which of your arguments gives you the right to risk other people’s health and, possibly, lives? I’m genuinely interested…